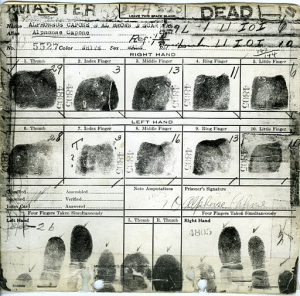 In 2008, a man named Donald Smith was arrested for murder. All the forensic evidence pointed to Donald as being the perpetrator. He matched the witness descriptions, surveillance camera footage, and even the DNA evidence at the crime scene. However, Donald Smith claimed that he was innocent, and stated that his identical twin brother Ronald Smith was the guilty one.

Police used fingerprints found at the scene to determine that Donald was telling the truth. The fingerprints belonged to Ronald instead of Donald. This case demonstrates to us an interesting characteristic about fingerprints – even though identical twins have the exact same DNA, they have a different set of fingerprints.

Therefore, fingerprinting technique is vital to our criminal justice system – each individual has a unique set of fingerprints. In this case, fingerprinting helped solve a murder case whereas advanced DNA testing could not.

This type of situation is not new – 1903 was a groundbreaking year for fingerprinting. William and Will West were two lookalikes and possibly identical twins. One was already in prison for murder; another had just been convicted and was being admitted into federal prison. There was much bureaucratic confusion because the two men looked exactly alike. However, by checking one’s fingerprints against the other’s set, it was clear that they were two different people.

Fingerprinting: The Oldest Form of Identification