Fingerprinting: The Oldest Form of Identification 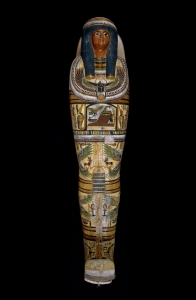 Fingerprints are visible or latent. Latent prints can be seen using special UV lights or a flashlight in some circumstances. Investigators use a special type of powder or chemical to set a print, and then they lift the print using adhesives.

People have been using fingerprinting as identification for a long time. In ancient Babylonia and China, people used their prints as signatures on clay tablets and seals. In the 1800s, science techniques were developed to accurately identify people by their fingerprints. Law enforcement agencies quickly realized how this practice might prove useful to their work. Officials in India, Argentina, Scotland, and other areas around the world began to use fingerprints as a method to identify criminals.

U.S. agencies began to use fingerprinting systems in the early twentieth century. The Illinois Supreme Court Case People v. Jennings established fingerprint evidence as a reliable standard to use in court. In 1924, the FBI created a repository for fingerprints, holding the cards in a central location. It processed more than 200 million fingerprint cards over the next half century.

Today, many employers in the government or firms that handle sensitive information will require an applicant to undergo a fingerprint background check that includes taking ink fingerprints. Generally, the individual will have to go get his or her fingerprints taken on a special FBI fb-258 fingerprint card. There are fingerprinting agencies that provide such services. It is usually a very convenient process – some agencies have 24-hour fingerprinting and may offer mobile fingerprinting services.

Fingerprints continue to play an important role in today’s society. As a trait that is completely unique to an individual and does not change over time, fingerprints are a valuable tool for identification.