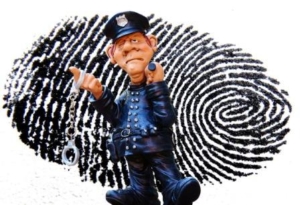 When all the leads in a crime investigation seem to point nowhere, the trail is said to have gone cold and the case is deemed a “cold case.”  In recent years, thanks to different technologies, many cold cases are now being reopened, and justice is being served to the perpetrators of the crimes.  Automated fingerprint searching is one of the most important technologies that has helped reopen cases. Every year, the FBI awards the Latent Hit of the Year award to a case solved with Integrated Automated Fingerprint Identification System.  Last year, two members of the Omaha Police Department were awarded for their efforts in helping to bring down the man who committed a violent 30-year-old murder.

The crime: 61-year-old Carroll Bonnet was brutally stabbed to death in his apartment in Nebraska in 1978. Although the victim’s car was stolen, police were able to collect fingerprints, palm prints, and other evidence from his bathroom.

The investigation: Investigators found Bonnet’s car in Illinois but were not able to find any new leads. They processed the evidence from the crime scene and discovered latent prints, which they compared with data from local and state fingerprint files.  They also requested fingerprints from law enforcement agencies outside of Nebraska, but did not find any matches and the case went cold.

The re-investigation: Then, in 2008, technician Laura Casey of the Omaha Police Department searched the prints against IAFIS, which didn’t exist in 1978, in response to an inquiry she received.  IAFIS returned potential suspects in less than five hours.  Casey scrutinized the prints for days and finally came up with a positive identification: Jerry Watson, in prison in Illinois for burglary, and who, at the time of the murder, was living a few blocks away from where the victim’s car was found.  The case was officially re-opened just days before Watson was expected to be released from prison.  Doug Herout of the cold case squad visited the Illinois prison to interrogate Watson and to collect a DNA sample.  When the results of the DNA tests showed a match between Watson’s DNA and the DNA recovered at the crime scene, and when Watson’s fingerprints also matched fingerprints found at the crime scene, he was charged for murder.  James Watson was convicted and sentenced to life in prison on October 17, 2011—exactly 33 years after Carroll Bonnet’s body was discovered.

The case is just one example of the importance of technology in bringing criminals to justice and getting closure for their victims.

TSA Fingerprinting – Do you have to worry about providing your fingerprints?