Uber and Lyft Pause Austin Operations Due to Fingerprint Requirements 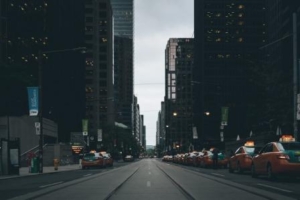 App-based car companies Uber and Lyft have stopped services in Austin, TX after residents rejected the companies’ efforts to change ride-sharing rules. The city of Austin established regulations last year requiring drivers to undergo fingerprinting-based background checks and prohibiting drivers from parking in traffic lanes, which Uber and Lyft have recently tried to overturn in Proposition 1, an $8.6 million dollar endeavor aimed at protesting these regulations. Austin residents voted against the car services’ efforts, citing multiple instances of crime as a reason to implement fingerprint scans, to which the companies responded by freezing operations.

Uber and Lyft claim their background-checking services, Checkr Inc. and Sterling Infosystems, Inc. respectively, are more capable of identifying criminal records than traditional fingerprinting done by Live Scan. Uber objects to fingerprint scans because they are expensive and require a lengthier process, deterring large numbers of new drivers from signing up; they saw a decrease in sign-ups in Houston after fingerprinting went mandatory, and Lyft has fully stopped services in Houston since.

The app-based companies are putting pressure on the Austin city council to rescind their fingerprint requirements, implying that they will be able to grow ride-hailing services safely and efficiently without traditional fingerprint scans. However, regulators in California found Uber to be negligent in their background checks, failing to weed out over 20 drivers with histories of violent crime, which contradicts the company’s strong opinion that their system is superior to fingerprinting.