NFA Would Require Every Gun Owner to be Fingerprinted, Photographed 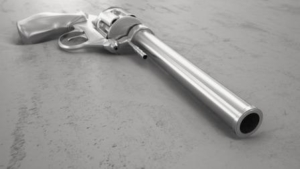 The National Firearms Act of 1934 put limits on gun ownership, and the amendments made to it in 1986 impose stricter rules on gun owners, including widening the pool of regulated firearms and requiring owners to be fingerprinted and photographed. The NRA opposes the controls laid out in the NFA, saying that fingerprinting and imposing tighter gun control regulations impedes the rights of American gun owners. While supporters of stricter gun control say the NFA is practical and constitutional, the NRA argues that the regulations would be costly and require longer wait times for firearm approval. Most of all, NRA members state that to have finger prints and background checks done on potential gun owners is wrong, citing the regulation as an attack on personal freedom.

From Priests to Truckers, Fingerprints Required for Many Jobs